Why is My Mucus a Different Color? 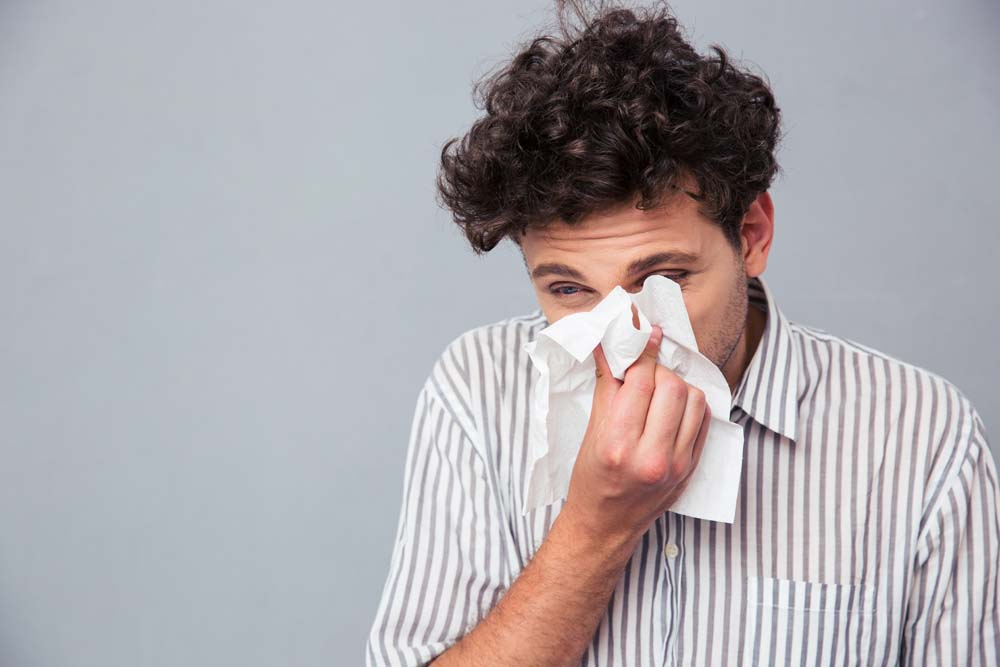 Mucus is your body’s natural source of antiseptic enzymes. Not only does it trap harmful foreign substances, but it lines the organs and cavities in your body with a viscous, protective layer that helps food move through your esophagus and protects the walls of your stomach from acidic digestive juices. However, your ENT in Amherst wants you to know that mucus of different colors can spell trouble. If you notice yellow, green, brown, orange, or black mucus, you could have a serious infection on your hands.

Mucus is normally clear. If it’s white, you’re probably fighting off a cold, but if it’s yellow or green, you’re probably fighting off a bacterial infection. Your body won’t produce yellow or green mucus just because of allergies. If you notice green or yellow mucus, you should speak to your physician as soon as you get the chance so that he/she can provide you with an antibiotic.

Your mucus might turn red, pink, orange, or even brown if you’ve had a nosebleed or if you’ve been blowing your nose a lot. Pregnant women also sometimes have red or pink mucus because of changing hormones, but in the vast majority of cases, it’s just a sign that the nose is too dry.

When you blow your nose too hard, you risk tearing the membranes covering the inside of the nose. When these membranes dry out, which they often do in winter anyway, they’ll bleed into the mucus. If you notice mucus with a red tint, there’s no need to call the ENT in Amherst. Unless there’s a lot of blood, a bowl of soup and a hot shower will do the trick.

Black mucus can be a cause for concern, but it isn’t necessarily. Black mucus can be a sign of lung cancer, pneumonia, or tuberculosis, but it’s more likely a sign of cigarette smoke or pollution. If you live in a very populated city or you’ve been in a large fire, your mucus might turn black temporarily, in which case your mucus will turn back to normal on its own. If it doesn’t, you should call your ENT in Amherst because it could be a sign of an illness.

Your ENT in Amherst is Here for You:

It’s important to pay attention to the color of bodily discharge. The color of your urine, feces, and mucus can tell you a lot about your health. Make sure you’re paying attention to your body so that you spot infections at the very initial stages before they have time to progress into serious conditions.

Can you eat before an ENT appointment?

The medical world can be overwhelming. Sometimes you should eat to keep your strength up, and at other times you need to start on an empty stomach. How can patients keep track of all of these differences? Well, if you’re preparing for an ENT appointment in Buffalo,...
Read More

Can Allergies Cause a Fever?

We get it. Not everyone likes needles. In fact, some people are absolutely terrified of needles. If the idea of getting your blood drawn or going for your annual flu shot has you paralyzed with fear, then you should consider SLIT.

What does an ENT do for the throat?

Health Tips From the Best ENT Doctors in WNY

An apple a day should be able to keep your general practitioner away, but the same cannot be said for the ENT. However, there are some things you can do to keep your ears, nose, and throat healthy. After all, the best treatment is preventative treatment. So, without further ado, here are the top tips from the best ENT doctors in WNY.

Pediatric Ear, Nose, and Throat | Your little bundle of joy is unique not only personally but also anatomically. If your child has a terrible case of the sniffles, then you might need a doctor who specializes pediatric ear, nose, and throat disorders. ENTs that specialize in pediatrics will be able to cater to your child’s specific needs.