What ENT Drs in Amherst Want You to Know About Honey 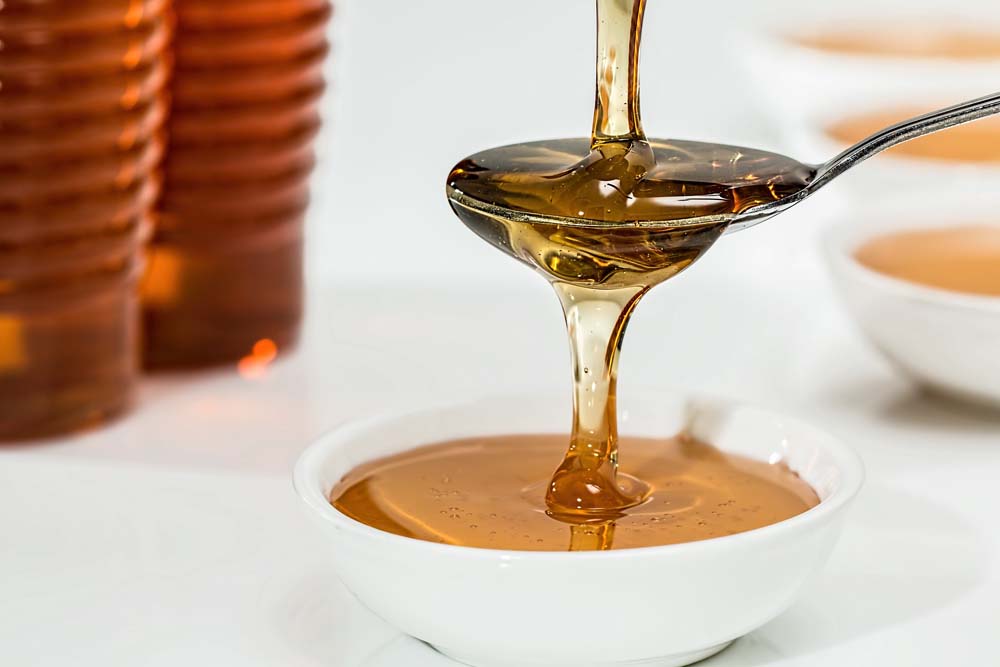 Because button batteries, the small, round batteries used to power watches, are small and shiny, thousands of American children mistake them for candy every year. More than 2,500 children decide every year to make a snack out of these sparkly silver disks, and 12 times as many children died from ingesting them in the previous decade than did in the preceding one.

Thankfully, your favorite ENT Dr in Amherst, NY has the perfect emergency medical treatment if such a crisis should arise—honey!

What Happens When You Ingest a Button Battery?

If a child has ingested a battery, the first two hours after he has swallowed it are by far the most critical. Once the battery enters the digestive system, it reacts with saliva and becomes highly alkaline. This hydroxide-rich material can dissolve the tissue lining the esophagus, paralyze the vocal cords, erode the walls of airway passages, and even damage major blood vessels.

Why ENT Drs in Amherst Think Honey Can Help:

It’s not always easy for medical professionals to remove foreign objects, and many hospitals lack staff experienced in anesthesiology and endoscopy. If you know that your child has swallowed a button battery, you’ll need to take action immediately to prevent any further damage while waiting for the doctor’s help.

A team of ear, nose, and throat specialists from the Center for Pediatric Airway Disorders teamed up figure out how they could combat child fatality. Spearheaded by Ian N. Jacobs, the initiative’s findings were eventually published in The Laryngoscope. By using laboratory pigs, the researchers found that honey, which is a highly viscous liquid, was able to serve as a protective barrier between the battery and the internal organs while neutralizing the alkalinity.

ENT Drs in Amherst Want You to Stay Alert

While acidic foods, like lemon juice, had been previously considered, physicians assumed that children would be far more likely to be willing to swallow honey because of its sweet taste. Unless your child is under one year of age, in which case it’s best to avoid honey in case of botulism, you should reach for honey in case of crisis.

Of course, you should always make sure that you’re locking away your batteries out of reach of any young children, but in the case of an emergency, don’t panic. You should phone your pediatric ENT Dr in Amherst and the emergency room as soon as you possibly can. If your child has swallowed a battery, every second counts!

What Does a WNY ENT Doctor Do?

Not quite sure what body part is the ENT? You can’t find ENT’s anywhere on your body because the name is an acronym. ENT stands for ear, nose, and throat, and physicians associated with this branch of medical science are known as otolaryngologists. Below, we talk more about what a WNY ENT doctor does on a regular basis, what you can expect from your first appointment, and what kind of surgeries you might expect.

Health Tips From the Best ENT Doctors in WNY

An apple a day should be able to keep your general practitioner away, but the same cannot be said for the ENT. However, there are some things you can do to keep your ears, nose, and throat healthy. After all, the best treatment is preventative treatment. So, without further ado, here are the top tips from the best ENT doctors in WNY.

If You Notice These Signs, You Need a WNY Pediatric ENT Now

If you feel like there’s a layer of snot covering your children’s fingertips during most hours of the day, you’re not alone. Kids get sick all the time because they’re still building their immune system. However, you should know when to stir up a pot of chicken soup and when to bring your child in to see a WNY Pediatric ENT.

This Canadian Native Suffers from a Rare Cold Allergy

You’ve heard of environmental and food allergies, but you’ve never heard of a cold allergy
especially in Buffalo, NY.

Sometimes old wives’ tales are true, but more often than not, they turn out to be false. The case is definitely true for seasonal allergies symptoms. Here we’re going to debunk the three most common allergy myths. We don’t know where these stories came from, but there is definitely no scientific evidence behind them.

Why should you visit an ENT Clinic in Buffalo, NY?

An ENT is a physician trained to diagnose and treat any conditions related to the ears, nose, and throat. If you’ve been suffering from sinus pressure, itchy eyes, or constant infections, it may be time to visit a specialist. Here’s how we can help you at our ENT clinic in Buffalo, NY.

Sinus infections come with a whole host of aggravating symptoms, and if you’ve ever had an infection, you know how irritating it can be. Unfortunately, most sinus infections are viral, meaning that antibiotics won’t be effective. Thankfully, there are natural alternatives to treating sinus symptoms in Buffalo, NY that will have you back up on your feet in no time.

How to Manage Dog Allergy Symptoms When Travelling

There’s nothing more exciting than escaping rough Buffalo, NY winters, but travelling can be
miserable if you suffer from dog allergy symptoms.

Read More
← How an Ear, Nose, and Throat Dr. Can Help You Detect Alzheimer's Why is My Mucus a Different Color? →