The Throbbing Truth About Earaches 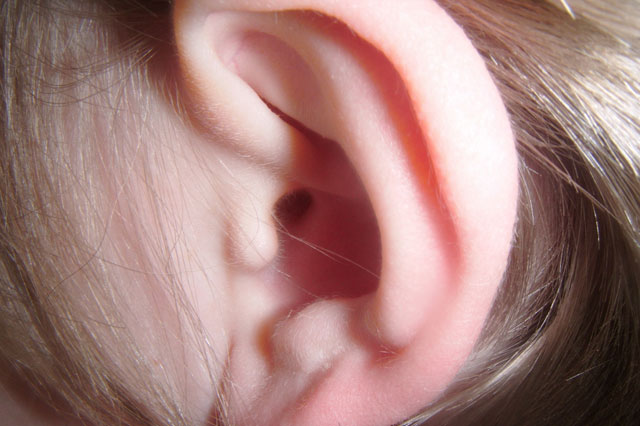 The Throbbing Truth About Earaches

The most common type of earache is otitis media which involves inflammation and infection of the middle ear. The narrow channel that connects the inside of the ear to the back of the throat is called a eustachian tube. When there is an accumulation of mucus and pus behind the eardrum, the eustachian tube becomes blocked. As a sudden infection occurs, it is called acute otitis media.

If earaches go untreated or improperly treated, fluid can linger within the ear for weeks. This condition is known as otitis media with effusion, and often occurs in ear infections that are in the recovery process. There are serious consequences to having chronic earaches, the worst of which is potential hearing loss.

Another type of ear infection is an outer condition called swimmer’s ear, which is caused by water that remains in the ear canal for a prolonged period of time. This allows for bacteria to migrate into the soft tissues of the ear and develop into a painful infection. As its name implies, swimmer’s ear is highly common in swimmers because their ear canals have the most exposure to water.

Children are more susceptible to ear infections because their eustachian tubes are shaped differently than those of adults – with straighter, shorter, more horizontal passageways. This allows bacteria to travel faster, and due to gravity makes it more difficult for the ears to drain the fluid. Thus, clogs develop which cause problematic earaches. Otitis media and swimmer’s ear can occur in one or both ears.

Ear infections typically stem from an upper respiratory virus, bacteria, cold or allergy that creates obstructive fluid in the middle ear. When this happens, the eustachian tube is unable to do its job of clearing the fluid. Bacteria becomes trapped and then multiplies, causing a buildup of pus or mucus that threatens the thin and delicate eardrum area. Furthermore, air in the middle ear shifts into the bloodstream, forming a vacuum-like absorption of additional bacteria that moves into the ear from one’s mouth and nose.

In these instances, the eardrum cannot vibrate in a normal, healthy manner. When tended to properly and immediately, these painful pressurized buildups can be remedied. However frequent recurrences could lead to temporary hearing loss, ruptured eardrums, or infectious spreading into the mastoid part of the head.

Being that the ears and throat are interconnected and interdependent parts of the body, chronically infected tonsils and adenoids could be another cause of otitis media. If this is found to be the case, it may be recommended by a doctor that the tonsils and/or adenoids be removed via surgery.

Other (less common) causes of earaches include TMJ, which is when a person experiences jaw pain or constant jaw-clicks. TMJ can be transmitted to the ear from grinding the teeth at night. Neck tumors can be another cause of earaches due to nerves that transmit painful sensations to the ear area. Other sources of ear pain are wax buildup, eardrum perforation, tooth infection, and pressure changes caused from driving or flying on airplanes.

Those who have infected and swollen inner ear issues experience sharp pain, fever, ear pressure and hearing problems. Earaches generate a loss of balance too, so nausea, dizziness and vomiting may occur, Fatigue and throat pain are common symptoms as well.

Symptoms of outer earache issues include itching, burning, cheek or neck redness, and feelings of pain when opening and closing the jaw. With swimmer’s ear, the outer ear is usually painful when touched.

One may have other symptoms like tinnitus, which involves ringing in the ears. Infants and children with ear infections may experience irritability, crying and trouble sleeping.

Three primary ways in which an otolaryngologist diagnoses ear issues involve otoscopy, audiometry and tympanometry. Initially, the doctor will look into the patient’s ear using an otoscope to magnify the ear canal and check for a bulging eardrum. Otologic exams assess whether or not there is redness inside the ear, proper eardrum movement, and/or fluid behind the eardrum.

For more thorough diagnostic measures, other testing may be conducted. One type of testing is called an Audiogram, which utilizes various tones and pitches to determine if the patient has endured any hearing loss. Another type of test is a Tympanogram which measures air pressure in the middle ear. This helps detect eardrum flexibility and if the eustachian tube is functioning healthily. These tests are mainly conducted upon children who suffer with frequent earaches.

Earaches are commonly treated with medications such as infection-fighting antibiotics to reduce fever, as well as ear drops to ease throbbing pain. Based on whether the patient has accompanying allergies or a cold, the doctor may prescribe an antihistamine and/or decongestant.

Long lasting or chronic earaches may be treated with pressure-equalization (PE) tubes. These ventilation tubes are surgically inserted into the eardrum via a small incision. The tube serves to suction out any fluid and is then left in the ear to fall out on its own as the eardrum heals. PE tube placement helps improve the patient’s hearing and minimize the chance of further infections occurring.

With outer ear infections in particular, it is important not to get water in the ear, as water enables more bacteria to propagate. During the healing process, avoid inserting anything into the ear, such as a Q-tip. Also, do not forcefully blow your nose, as this can rush more bacteria into the ear.

Persistent earache is cause for alarm and should be looked into immediately. Folks in Buffalo, New York visit leading otolaryngologist Dr. Paul Young for their ear, nose and throat ailments. Always remember that without proper treatment, infections of the ear can spread and cause hearing loss as well as other severe imbalances. Dr. Young and his staff are qualified and equipped to address your inner, middle and outer ear problems with expert care, top notch professionalism, and trusted results. Contact our office today to schedule an appointment!