How Climate Change Might Affect Your Pollen Allergy Symptoms 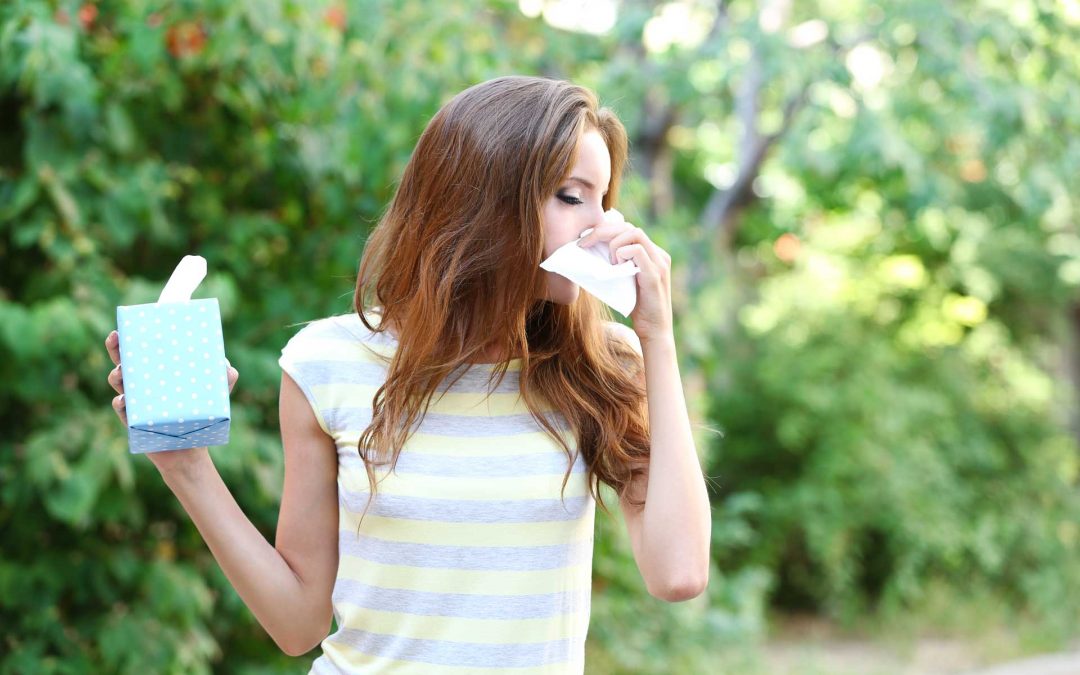 The first signs of pollen allergy symptoms actually appeared around the time of the Industrial Revolution. When plants are exposed to higher temperatures and larger quantities of carbon dioxide, they grow more quickly. Scientists aren’t sure whether changes in levels of pollution, hygiene, or diet were at all related, but they can’t deny the link between climate change and seasonal allergies.

Researchers at the University of Massachusetts, Amherst and Harvard took samples of Timothy grass, a plant commonly used for allergy studies, and isolated them in different chambers. The one pot was exposed to greenhouse gases at 400 parts per million, which is roughly the current atmospheric level, and the other one was set at 800 parts per million with respective levels of ozone gases.

The results were shocking. The increased levels of carbon dioxide produced 200% more grass pollen than the control while the ozone layer did very little to hinder pollen production at all. Granted, a concentration of 800 parts per million is incredibly high, and scientists don’t believe, or at least hope, that that will never become a reality. Nonetheless, we can expect people who suffer from allergies here in Buffalo, NY to experience more intense pollen allergy symptoms if climate change becomes more severe.

Climate change doesn’t only cause an increase in pollen production. It also changes the actual protein composition of the pollen particles and even the way in which they are dispersed. Plus, the warmer temperatures mean that the pollen season is longer than ever before. Not only does it begin earlier, but it ends later as well. Worse still, greenhouse gases aggravate the respiratory system spelling trouble for anyone with asthma.

What Does This Mean for Me?

You can always see an allergy specialist if you’re looking for some relief. You can even ask us about immunology if you want more of a permanent solution to pollen allergy symptoms. If you suffer from allergies though, you should care about climate change. Even if you don’t struggle with allergies though, research says that you’re more likely to develop allergies if climate trends continue. Make sure to take precautions to limit your carbon footprint as much as possible. Your health and the health of future generations might depend on it.

What is the Best Allergy Medicine for Me?

Make sure to consult with a professional in Buffalo, NY before heading out to the drug store. While many people do self-diagnose, you’ll really want to make sure before assuming that you’ve found the best allergy medicine on your own. You wouldn’t want to end up with unnecessary complications, and plus, your doctor may be able to provide you with a more effective treatment plan you wouldn’t have found otherwise.

Pediatric Ear, Nose, and Throat | Your little bundle of joy is unique not only personally but also anatomically. If your child has a terrible case of the sniffles, then you might need a doctor who specializes pediatric ear, nose, and throat disorders. ENTs that specialize in pediatrics will be able to cater to your child’s specific needs.

We get it. Not everyone likes needles. In fact, some people are absolutely terrified of needles. If the idea of getting your blood drawn or going for your annual flu shot has you paralyzed with fear, then you should consider SLIT.

Sinus infections come with a whole host of aggravating symptoms, and if you’ve ever had an infection, you know how irritating it can be. Unfortunately, most sinus infections are viral, meaning that antibiotics won’t be effective. Thankfully, there are natural alternatives to treating sinus symptoms in Buffalo, NY that will have you back up on your feet in no time.

Epistaxis, a condition commonly referred to as nosebleeds, occurs at the vascular area within the nose, which can bleed profusely as a result of facial trauma. The nose’s arterioles (tiny blood vessels) are vulnerably positioned and thus can easily rupture.

Approximately 60 percent of people experience epistaxis at some point in their life. Only 6 percent of those who suffer with nosebleeds tend to seek medical treatment, and even fewer require hospitalization.

Though epistaxis can occur at any age, it mostly has a bimodal distribution, afflicting toddlers to children age 10, as well as adults over 50. There are two types of nosebleeds – those that stem from the front of the nose (anterior) which are most common, and those that stem from the back of the nose (posterior) which are less common and more severe in nature.

How to Deal With a Dairy Allergy in Buffalo, NY

If ordering out for pizza used to be your favorite Saturday night treat, then a dairy allergy in Buffalo, NY could really shake things up. Thankfully, there are plenty of simple ways to cope with dairy allergies that don’t involve sacrificing on taste.